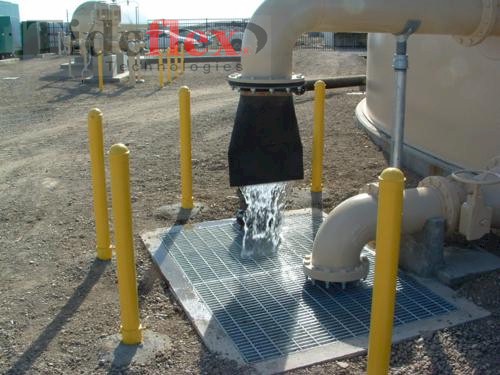 Screens and flap gates have historically been installed on overflow pipes, but those have become inferior technology for protecting tanks from birds, animals, airborne pathogens, and most recently risk of terrorist attack.

Flap gates can hang open and can corrode or rust in the open or closed position. Consider, the Tideflex Valve was invented based on a USEPA grant whose purpose was to overcome operational and maintenance problems associated with flap gates.

Tideflex Valves are extensively used for overflow pipe protection because they are all rubber so they cannot rust or corrode, are non-mechanical so they don’t require maintenance and completely drain after an overflow event. Tideflex Valves also prevent cold drafts from entering the tank which can promote icing in cold climates. For end-of-pipe applications, Tideflex are available in slip-on (Series TF-1 or TF-2) or flanged connections (Series 35-1 or 35) and are supplied with stainless steel clamps or retaining rings 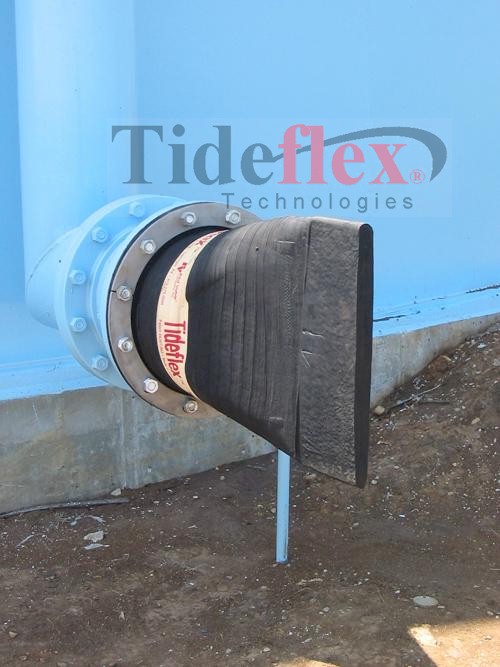 After 9/11, water utilities had to conduct vulnerability assessments and one area identified for potential terrorist attack was water storage tanks. An overflow pipe with a 2-foot air gap between ground level and the end of the overflow pipe, for example, was considered by many to be an easy access to the potable water in the tank. Screens, flap gates, and even Tideflex Valves installed on the end of the overflow could not stop the injection of a liquid or gas into the water volume.

The OSV is customized for every tank based on the tank height, overflow pipe size and material, and peak overflow rate. Consult Red Valve Engineering. 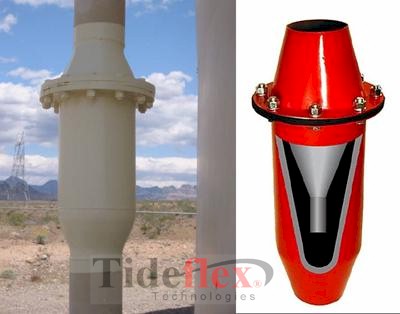